END_OF_DOCUMENT_TOKEN_TO_BE_REPLACED

OK, ok so my article was clearly(?) an April Fool. See the full retraction here: http://www.pocketgpsworld.com/modules.php?name=Forums&file=viewtopic&p=519784#519784

I’ve had 3.5 days in Barcelona at Mobile World Congress (MWC) reporting for PocketGPSWorld and Wired4iPhone. It was great but owing to easyJet’s failure to get my boss over there from Gatwick I was rather busy! Needless to say I’m knackered and my calves are killing me… It’s been less than 12 months since I covered CeBIT for PocketGPSWorld but my mind had clearly removed from it’s memory how much hard work these things are! We have, in the past, been accused of ‘swanning about wasting company money’ by some slightly deranged forum users – I really do wish it WAS as simple as gliding around like a swan!

But anyway, short blog as I’m tired…! Have a good weekend! 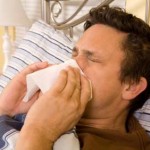 It’s not quite hot enough for hayfever but then it’s not really cold and wet enough for a cold. Well, I presume it needs to be cold and wet to catch a cold as my Mum always told me “you’ll catch yer death of cold going out in the cold and wet without a coat on”. Either way, I’m bunged up and feel as rough as a dog.

Much to Mrs-MaFt’s annoyance the cupboard is empty of Lemsip (well, Morrisons generic equivalent) and cat food (not health related – just adding to my online shopping list!). My hayfever tablets also have no effect – as you may expect anyway!

So, here we have it, my first case of Man-Flu for 2009! I’d call in sick but I work at home anyway so don’t get that luxury. I’ll just sit in bed and work instead.

At about 1 this morning I signed up to a handful of free online business directory thingy’s in the hope of drumming up a bit of business. Each one, however, had a warning that they “have been receiving reports of companies phoning soon after adding a listing to try and sell advertising space, these are in no way affiliated with us”.

Reckon I’ll give them a miss and just deal with customers directly for now!!

For those thinking “it’ll be Christmas by the time he blogs again” well, you’re wrong. But not too far from the truth though!

I’ve been pretty busy with work stuff to – lots to do with PocketGPSWorld.com as usual but I’ve also recently finished the Migrant Workers Information Bradford site as well as completely redesigning the Jalapeno Drums site. The Jalapeno one is still showing the old site while we wait for domain names to be switched between hosts etc etc – all great fun…! I’ve also updated the portfolio part of my site at MaFt.co.uk/design so it’s not been a total loss!

That’ll do for now, I’ll try post more in the near future!

I’m currently teaching myself Javascript which is turning out to be considerably more complex than I’d first imagined! I’m using the O-Reilly book by David Flanagan and I’m currently up to page 105 of 591 (and then another 450 reference pages…!) which is pretty easy to follow. O-Reilly books seem to be very good, they managed to teach me PHP quickly enough too! Still, once it’s done it’ll be handy!

Right, back to reading 🙂

—————-
Now playing: The Sex Pistols – Did You No Wrong
via FoxyTunes

Well, yes, it’s been over 10 weeks since I last blogged – and that was a rubbish one…

So, what have I been up to? Well, lots really! Still working hard though! The main reason for the lack of updates was my main PC dying. The motherboard died but it wasn’t just a case of replacing it. Noooo… stupid MaFt decided to have one of those Small Form Factor PCs (BioStar IDEQ) with proprietary innards. So, it was a new case and motherboard that I needed – slightly more expensive. Then I realised my PC was about 4 years old so none of the other, working, parts could be used with any new equipment… I had to buy a whole new system – the only bits I kept were the monitor, keyboard, mouse and DVD-burner. Also, thanks to the good folk on the GarminPOI.co.uk Mailing List who donated just over £200 the new stuff didn’t cost me anything. I just now need to get that site back up to date for everyone!

Our iron also passed-away, as has my digital camera and my camcorder… However, JVC offered to fix the camcorder for free (even three years out of warranty) as it has a faulty CCD which has caused problems in virtually every unit they were put in. So that was nice of them, shame Olympus want £150 to fix the camera (which I could buy new for less).

Oh, before I finish, here’s a great big thanks to TrixMoto for writing a script for me for MediaMonkey 3 to upload my currently playing song via FTP so I can link to it in the panel on the left! Clever stuff eh?! Also, FoxyTunes added a blogger thingy-ma-bob that shows the world what was on when I typed the post too.

—————-
Now playing: Bowling For Soup – Ohio (Come Back To Texas)
via FoxyTunes

It may seem kinda weird but since I’ve been working on a PC all day long at home I hardly ever seem to have any inclination to use my own PC! While this in itself is no big deal it just means that loads of stuff I need to do keeps getting put off – like the pile of camcorder video’s I need to edit and burn to disc, websites I need to make etc etc.

I suppose it’s like when I made drugs for a living at Nektar I never wanted to come home and make drugs. Now I work on a computer all day I hardly want to use one in my spare time. But, hey, at least I can make all the drugs I want to now!