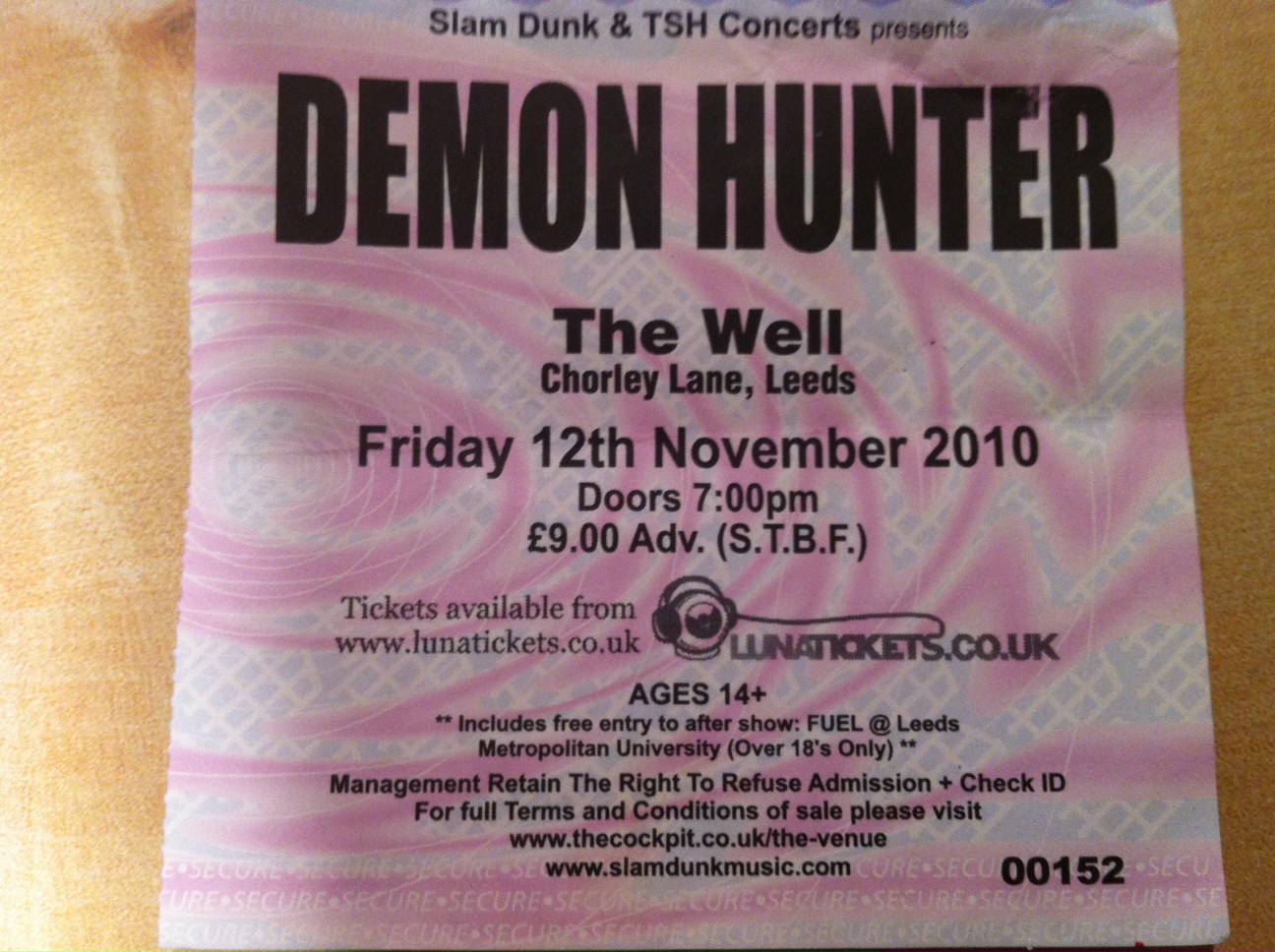 When I was younger, probably half my current age, I used to know every single word to virtually every single song of every single album that I owned. Some may call this a bit sad, I prefer to say that it was simply quite anal! It had it’s advantages though, it meant me and my mate Neil could challenge each other to pass the time in mind-numbingly boring jobs. One such job was at Multiserve in Shipley (StreetView: the grey building with the zig-zag roof). The job entailed sticking lolly’s to the front of kids magazines; another was sticking packs of seeds onto the front of gardening magazines. I always thought that these things were automated by machinery – well, perhaps they are for real publications, but these things were incredibly obscure. I remember the ‘boys’ magazine that we were sticking the lollies onto featured an interview with, and I quote, “Someone Who Knows Tiger Woods”. I had some crap jobs, but that’s for another blog post I think!

Anyway, this random musical ‘knowledge’ helped pass the time on more than one occasion. The premise was simple – say a few words from a Green Day song and the other person would have to guess the name of the song. Because both Neil and I were sad/anal (delete as applicable) we were able to dig up such random lines as “silhouette of your dreams” and the other, after some thought would correctly says “1,000 Hours”. See, it was fun and a useful time killer. One other time killer I remember was twanging elastic bands at ‘Lars’ so called because he looked like Tim Armstrong from Rancid. Yes, I know, that doesn’t make sense but we always used to get Tim and Lars from Rancid muddled up…

So, the years went on, and the size of my record collection grew fairly steadily and the number of bands I had seen live grew too. It got harder and harder to keep track of all the great music I had access to and, gradually, I started realising that I couldn’t sing along with every word at a gig. Initially this threw me somewhat; I felt like an imposter, a ‘kid’ who’d just discovered this ‘new’ band (that had been around for years) and had gone to see them live solely because they saw the name drop in Kerrang! magazine. Surely a real fan would know all the lyrics? Looking back I think I was just as bad as the kid who went to the gig on Kerrang!’s orders – I was too concerned about knowing all the words and band history so I could ‘look’ like I was a better fan; that, perhaps, I was more deserving of the hallowed ticket than the other people in the sweaty circle pit. Eventually I had seen so many bands and owned so many albums that the number of times I didn’t know the words far outgrew the number of times I did. I just got used to not knowing it all, to be totally honest I didn’t even attempt to try and know it all. It just wasn’t as important. Don’t get me wrong, I love my physical CD collection primarily because I love reading the liner notes and the lyrics sheets – but I no longer remember them all. There are some bands that I ‘grew up with’ such as Therapy?, Green Day, The Offspring, NOFX, Terrorvision, Metallica, Megadeth etc who’s lyrics and random facts I can still sometimes recall but anything after 1998 I struggle with…

Fifteen years ago if I had gone to a gig not knowing the bands entire back-catalogue I would likely have come away feeling a bit short-changed. In 2001 I saw The Offspring supported by A and AFI. For some reason I hated AFI; I think partly because I’d only heard one of their older albums before they went sort of ‘gothic’ and partly because I didn’t know any songs to sing along to. Today, they are one of my favourite bands and would love the chance to go back to 2001 and see them again and actually enjoy the music without being so strung up on knowing the words! On the opposite, more recent end of the spectrum last year I went to see Paramore at the Sheffield Arena along with 11,999 other people – a band who I would class as being one of my favourites at the moment. 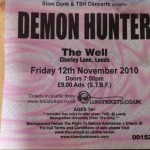 I have all of their albums but seeing them live I could genuinely only sing along fully to a small number of their songs. It was a great gig though, very tight as a band, great performance and visuals and simply awesome music. The day after that we went to see Demon Hunter at The Well in Leeds (a tiny little back room – there were about 60 of us!). I only own one of their albums and knew about 5 of the songs they played. Did it bother me? Nope. It was probably one of the best, most intimate gigs I’ve been to in my life. So, I couldn’t sing a long to every song but I got to actually enjoy the music, have my ear drums pummelled and have a brilliant night out with my mate and my brother.

So, has my love of music faded? No, certainly not. Has my method of appreciation changed? Oh yes! I can actually enjoy the music and the whole album without worrying about the bands history or line-up changes or wanting to know every single word to the song. If I go see a band live I do my utmost to simply enjoy them and have fun. Who cares if I know the words or not – I’m not 15 anymore, I have far more pressing things to worry about!