Q is for… Questioning 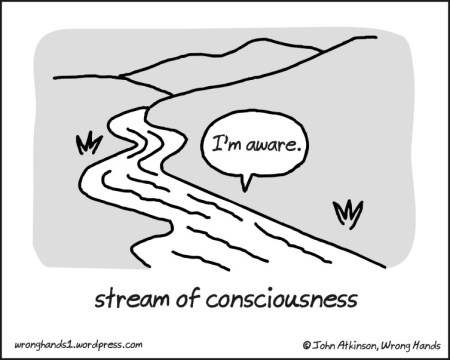 This post might not end up particularly musical but it is, at least, about my ‘A-Z of Music‘ series. About 3 weeks ago I decided to get back into blogging and decided that an A to Z of musical posts would give me a common theme to ease me back in gently. My initial plan was to go through the alphabet and simply talk about songs, albums or artists that I liked. The first few posts did, pretty much, follow this initial plan.

When I write I often go off on a bit of a tangent; one of my first blogs was described as being “an ongoing stream of consciousness” in a review. I think for these A-Z posts I’ve managed to stay quite focused within each post, but the overall feel of the posts has become somewhat tangential. What were supposed to be simple posts about music that I like have become a mixture of reminiscing posts and quite deep, personal outpourings.

The times where there has been a longer gap between posts can usually be explained by the fact I shelved and rewrote quite a number of them. I don’t know if you sense the personal depth of some of these posts but to me, they have been difficult to write and have often involved a lot of soul-searching. I’ve mentioned previously that I usually keep myself to myself and how my lyrics are often my voice – I suppose now I could say the same for this blog being my voice.

I’ve questioned myself a few times about if it’s appropriate to post what I’ve ended up writing – when your head’s a bit all over the place then the stream of conciousness becomes a rather large, random delta of conciousness! Some things are just too personal and I don’t think they will ever be public. These have been consigned to my private memoirs, for my eyes only.

So even though my initial plan for this series of blog posts has changed, I’m still glad I’ve come so far with it. Music is a large part of my life, perhaps larger than I’d realised before taking on this project. It has invoked so many emotions and been a useful form of therapy for me – particularly those posts that didn’t get published.

Maybe one day I’ll share them. Or maybe I’ll come back to them and decide that they served their purpose when they were written and I don’t need to dwell on the past. Who knows…?

So, Q is for questioning how much of my musical journey I’ll be making public.

P is for… Playing