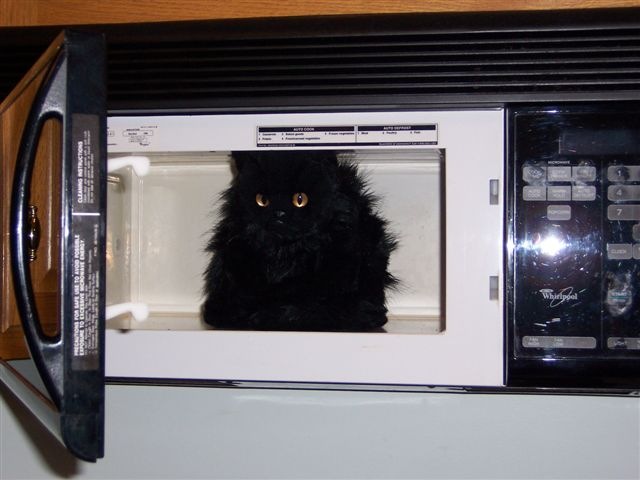 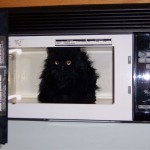 Perhaps the title itself will give this slightly bizarre blog post away before I even start. Perhaps though, I am misrepresenting you as physics geeks. Time shall tell!

There is a theory in Quantum Mechanics (a branch of physics) that matter can both exist and not exist at the same time – this is referred to as a ‘superposition’. Admittedly it is somewhat more complex than that – feel free to Google or Wiki it. Back in 1935 a few boffins got together to discuss this, and other ‘life-threatening’ physics mumbo-jumbo, to which Schrödinger came up with a purposefully absurd rebuttal involving a cat in a box. If the lid is closed and a random event might or might not occur which, in turn, might or might not trigger a toxic spray, then the cat both exists (is alive) and doesn’t exist (is dead) at the same time. As the cat is not visible when the box is closed there is no way to prove or disprove this ridiculous idea. A cat cannot be alive and dead at the same time. In fact, mice can’t either. Moles, on the other hand, could be a different story; I’ve yet to make up my mind.

I believe Schrödinger made this ridiculous proposal to prove a point that just because you can’t see something doesn’t mean it can defy all common sense and be both alive and dead at the same time. They never taught you this equation at school but the Law of MaFt states that:

Times have moved on and we can take this one step further. Advances in technology have given us Soda Streams, digital watches and microwave ovens. The latter is essentially a box with a window (and some radiation). So, can we now prove that matter cannot exist and not exist at the same time? Of course we can! We have a modern box with a window! Can Schrödingers cat in a box be both alive and dead at the same time? Well, let’s take a look…

So, let’s see what happens when we put our modern day cat into our modern day box with the aid of this rather gruesome YouTube video… I jest, of course! But anyway, try it at home with a cat and a microwave (750W: 5 minutes / 850W: 4 minutes; allow to cool for 1 minute) and see for yourself that matter cannot exist and not exist at the same time. A cat in a microwave is alive (4m 23s) or dead (4m 24s) – there is no middle ground. What were they thinking?!

So, in conclusion, my cat in a modern-day-box will be dead anytime soon thus proving that Quantum Mechanics is a load of confusing tosh invented purely to give physics geeks something to do at A-Level and an excuse for BBC Four presenters to bring their pets to work.

Try to prove me wrong and I will turn the tables to prove I am both right and wrong at the same time.

Huge thanks to Kathy at JunkDrawerBlog for permission to use the ‘cat in a microwave‘ photo. It’s not a real cat by the way!!

10 Things i Hate About My iPad