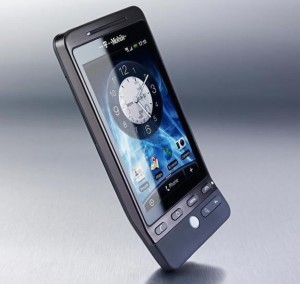 Since my iPhone was stolen at the recent Green Day gig in Sheffield I thought I should actually use the T-Mobile G2 Touch (HTC Hero) I was given back in August. Up until last week I had only used it at home, on WiFI, to check email, play with the browser and grab some freebies from Android Market. You can’t really test a phone like that so, after sticking in my replacement O2 SIM, I thought I’d actually use it as my main phone for a bit.

Sadly the phone was locked to the T-Mobile network… So that scuppered my plans until I came across a link at the XDA Developers forum to Unlock Now, a site dedicated to unlocking Smart Phones. It was reasonably priced and within 20 minutes of placing my order I had the SIM Unlock code waiting in my inbox. Needless to say it worked (they buy the codes direct from HTC) and it is now an O2 G2 Touch!

I have to say I am massively impressed not only with the phone itself (it feels nice and weighty and has a nice, slightly rubberised, feel to it) but also with Android as a phone OS. It’s running Android 1.5 (Cupcake), it’s nice and fast, it’s very customisable and has some nice touches added by HTC such as contacts automatically integrate with your Facebook friends and their Flickr feeds.

The Android Market is still fairly young but there are some good apps in there. It’s not as easy to search as the AppStore is nor does it have a ‘recommend this app’ email link which is a handy feature in the AppStore to let friends/family know about new apps they may be interested in. My other bug-bear with Android is the lack of back-up. The HTC software syncs your contacts and calenders but that’s about it. Maybe I’ve been spoilt with Apple’s complete ‘backup and restore’ via iTunes?!

So, onto the good bits! The HTC Sense UI used on this phone is simple to use and I love how you can add widgets onto any screen and relocate them as you see fit. The Android browser is based on WebKit so handles AJAX and other fancy web stuff perfectly adequately as well as full on CSS support – which is a good thing! Screen real-estate is maximised by the phone having six hardware buttons (plus the scroll ball / button) so extra functions in apps are reached by pressing the ‘menu’ button whereas on the iPhone with it’s single ‘home’ button (that closes apps) any app controls need to be on the main display itself. Moving from iPhone to Android does take some getting used to though, especially when I’ve been using my iPhone as a main phone for about a year. Still, it’s easy to get used to and on moving back to the iPhone it seemed strange not to have the extra buttons.

My final praise for Android is it’s use of cakes and buns for their codenames. I like cakes. So far there has been Cupcake (1.5) and Donut (1.6) . So, roll on Android 2.0 (Eclair) [HTC seem to be skipping 1.6 and going straight to 2.0) with all it’s extra features! In the mean time I will probably be using my iPhone for two weeks then the Android for two – I like it that much!

The Week So Far